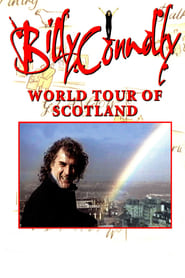 World Tour of Scotland is a six-part television series — the first of Billy Connolly’s “world tours” — originally broadcast by the BBC in late 1994. It involved his touring around his homeland of Scotland for 54 nights during early 1994, beginning in Greenock and visiting cities and towns and performing live on stage to audiences. However, this, like all his other tours, involved more than just shows: he visited numerous places of historic and scenic value, as well as some places that resonate with his own upbringing.

The series was dedicated “with much love and thanks to the people of Scotland”. It has since been released on VHS and DVD. On the latter format, the six episodes are split across two discs.

Is World Tour of Scotland on Netflix?