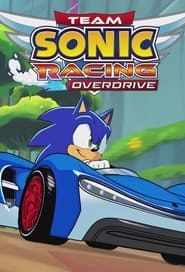 Team Sonic, Team Rose, and Team Dark compete on the Wisp Circuit course, while Dr. Eggman is up to his usual trickery.

Archibald le Magi-chien
Captain Tsubasa (2018)
Tenko and the Guardians of the Magic
Wolfboy and The Everything Factory (2021)
The Moxy Show
Sonic Colors: Rise of the Wisps (2021)
Liquid Television (1991)