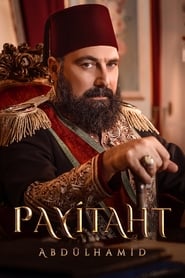 The fight of Abdulhamid II to keep Ottoman Empire and caliphate alive.

Is Payitaht Abdulhamid on Netflix?