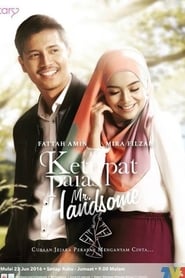 Tengku Ruzaimi or Kruz is an arrogant, metrosexual and spoiled rich kid who recently won the competition of a popular teen magazine. Without his knowledge, he was assigned to do charity work at a village during the Ramadan month. A lot of funny things happen while filming his activities in the village. One day, he met Ayu who changed him for the better.