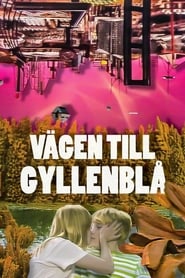 Ratio Rasch, the president of planet Gyllenblå, has banned laughter and emotions in order to create a society based on reason. Police are constantly patrolling the planet and anyone caught laughing is imprisoned and given anti-laughter serum. Only a few members of an underground guerrilla oppose the president. On Earth, the eccentric Dr. Krull listens to signals from outer space and realizes that something needs to be done so he sends the two children Cecilie and Fredrik to Gyllenblå. Epicykel, a guerrilla member, senses their presence and hopes to get to them first but fails. The children are put in school, where Fredrik has great difficulty controlling his laughter but Cecilie adapts well. The guerrilla knows that laughter is contagious and Fredrik gives them new hope of returning laughter to the people of Gyllenblå.

Is A Road to Gyllenbla! on Netflix?

A Road to Gyllenbla! Seasons